Future of zoos will be decided in the next few years. We are facing radical changes in the concept. Over the decades we have been proved that animal captivity, in most cases in terrible conditions, has affected badly their quality of life and their expected lifetime. The raison d’être and the welfare of the more than 3.5 million animals that they contain around the world are increasingly questioned.

These places, emerged between the eighteenth and nineteenth century, deeply linked to colonialism and the discovery of new worlds, must evolve adapting to the new needs. The question is how to do so.

The international idea competition is calling for proposals to create an infrastructure that rethinks the zoo concept and gives it a twist, this time thinking about animals and their conservation over the exhibition to humans. 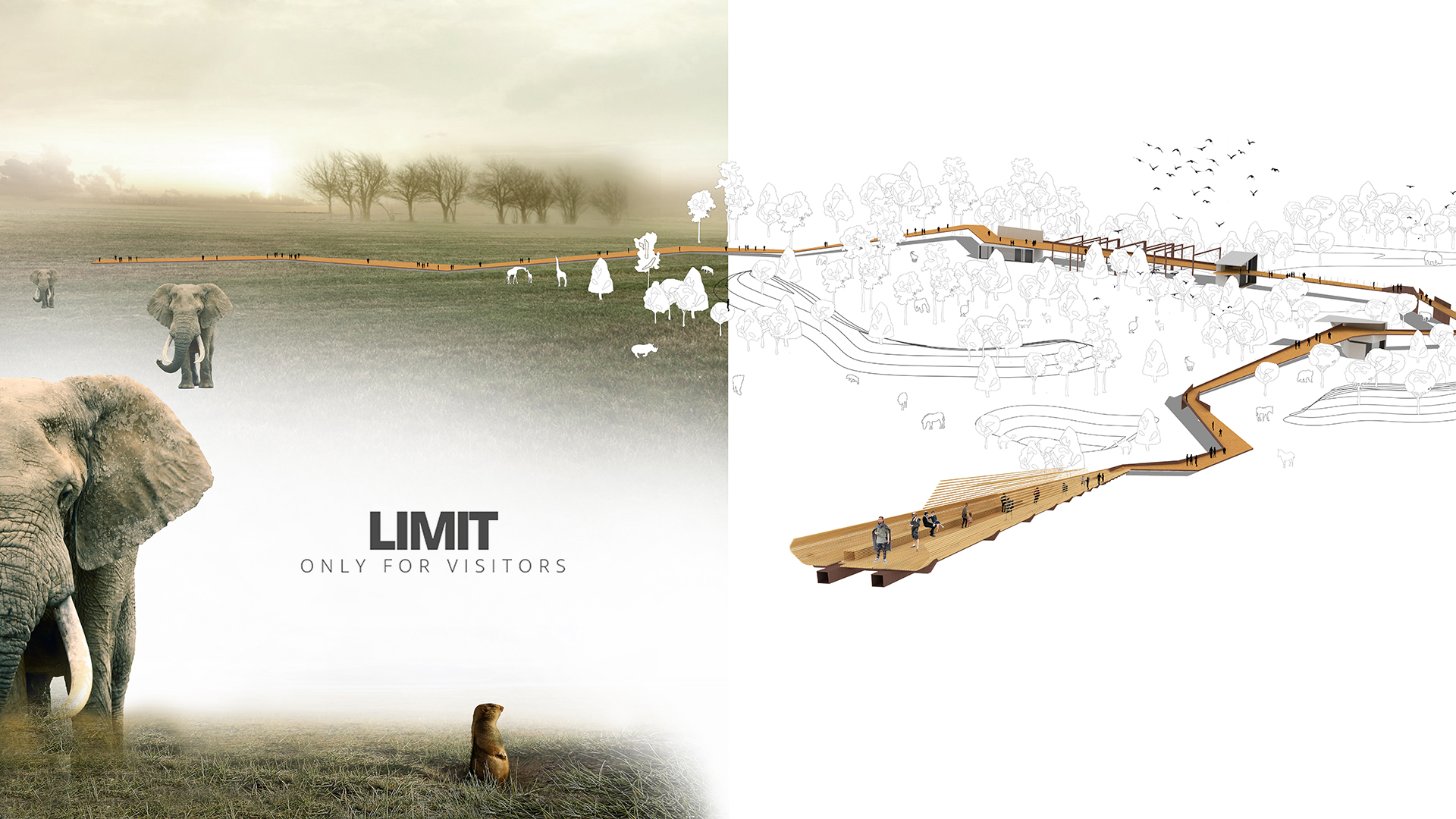 Zoo is a place where animals live in as we can call “home”. Visitors in zoo is only guest. Thus, boundaries to protect people from animals should be designed for people not animals. Because, side of the border is no matter for human perception but for animals it is directly related to their life quality as fundamental right to natural life.

In order for zoos to provide people be conscious about protection, they should be designed as qualified environments. In other words, exhibition areas should have such an impact on visitors that they can see them as “wide and unlimited” as in nature. In the proposal environment, there’re natural thresholds like ditches, hills, ponds etc. for creating habitat hierarchy. So, new concept of zoo is real local space with no cages for animals. We propose that every zoo should be designed only for local animals.

There is a continuous elevated path with various heights for visitors. The different forms of height and scarecrow that constitute the structure define the relationship with animals that visitors can see. In the dangerous environment, the visitor is taken into the cage, the same quota descending structure as the ground level in the safe environment. 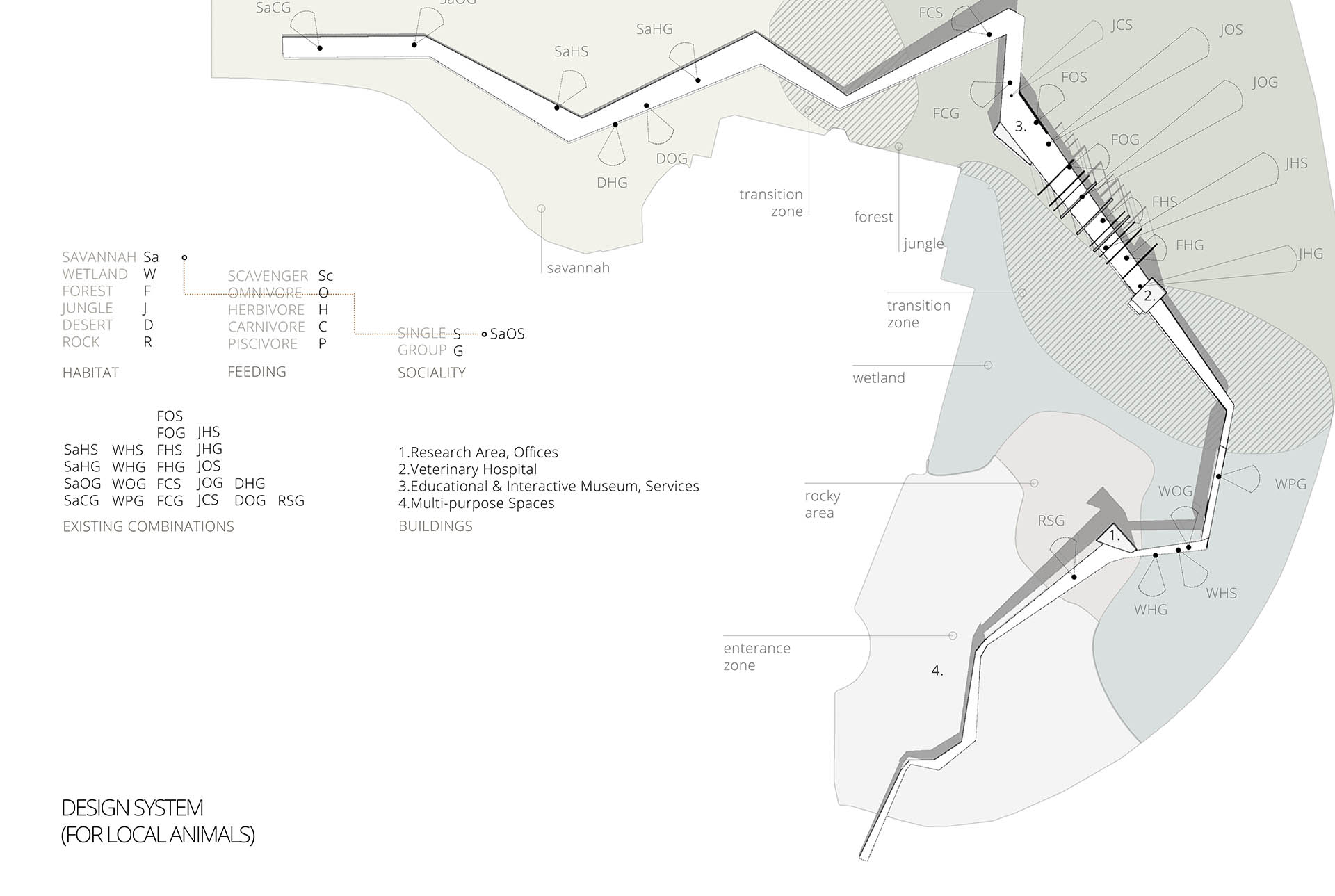 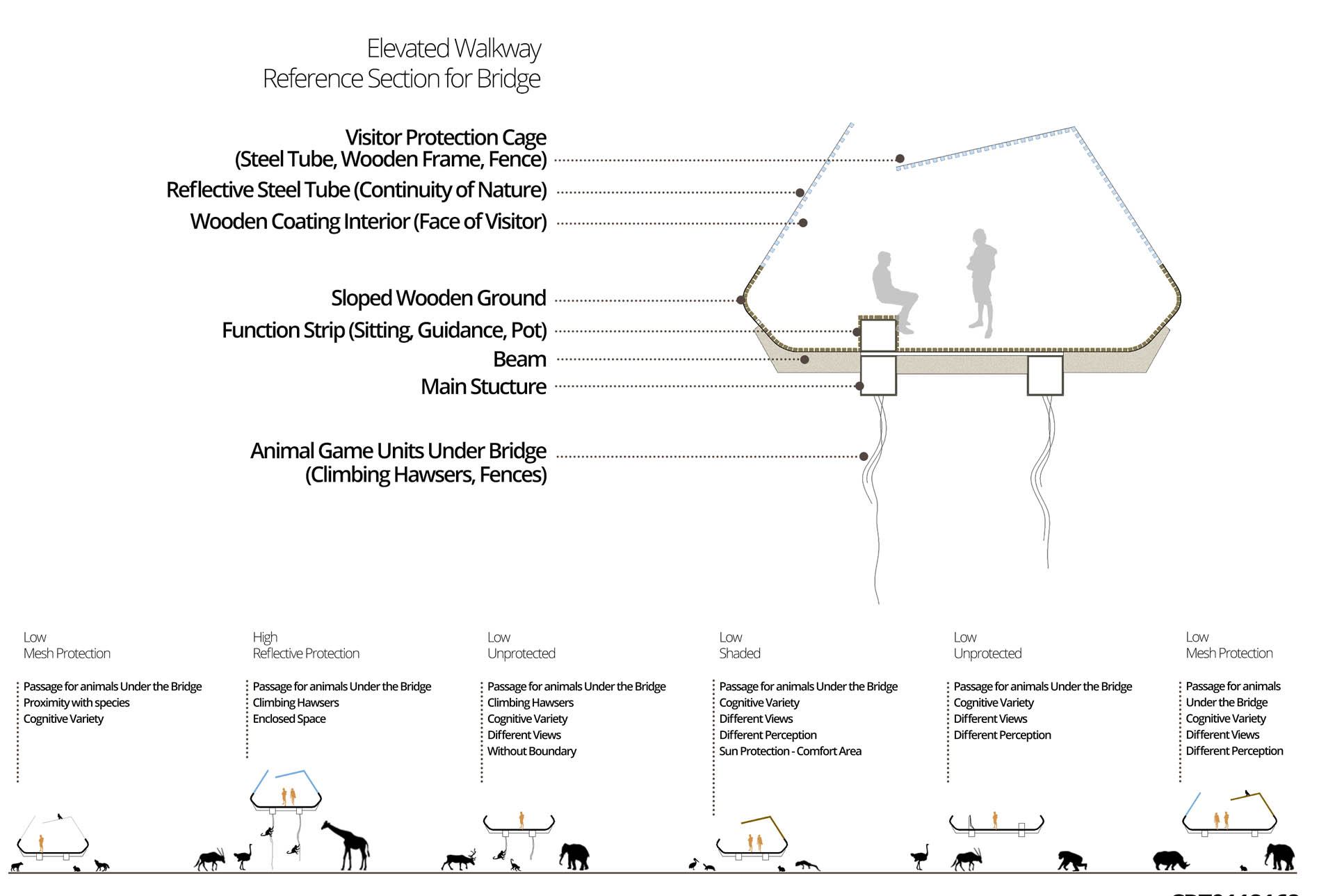